Seasoned professionals of the entertainment circuit, Cloneplay are a leading tribute to the iconic band, Coldplay. Imitating the talent of the real band, Cloneplay is booked time and time again to perform the hit songs of the British favourite band. Whether they are singing an upbeat rendition of Higher Power or the melodies of Yellow, Cloneplay are guaranteed to have audiences questioning if the real Coldplay are up on stage performing. Book Cloneplay today, perfect for parties, weddings and occasions all year round!

Seasoned professionals, Cloneplay are a polished tribute to the iconic British band Coldplay. Comprised of four talented musicians, including vocalist, drummers, pianist and guitarists, Cloneplay leave audiences questioning if they are witnessing the real artists in front of their eyes! Whether they are singing their new top hits such as Higher Power or People of The Pride or their classic favourites such as The Scientist or Fix You, Cloneplay is guaranteed to be a hit with audiences of all ages. Perfect for weddings, parties or festivals, book Cloneplay today for an event guests won’t forget.

Formed of two previous Coldplay tributes, Cloneplay has countless years of entertainment experience and have performed across the country for avid Coldplay fans. Whether they are performing as part of a festival line-up or as a party band, Cloneplay imitates the original talent of Coldplay perfectly. Singing top hits of the bands such as Something Just Like This, Adventure of a Lifetime or A Sky Full of Stars, Cloneplay will leave audiences in awe. Described to have ‘impressive’ attention to detail and as ‘absolutely insane’, Cloneplay already have a strong fan base and continue to build it with every live performance.

Taking to the stage with live instrument playing and full light shows, Cloneplay recreates the true performances of Coldplay in style. Their lead vocalist imitates Chris Martin with perfection, with a former event guest saying “it was like having Chris Martin and his group in our garden!”. Already, the talented tribute has performed in the line-up of the Rock the Mote Encore Festival and the Legends Festival, with many more exciting performances in the pipeline.

Whether booked for a milestone birthday party or a wedding for a special couple, Cloneplay will not disappoint. Whether they are singing My Universe or Paradise, these talented musicians are not to be missed, book Cloneplay today!

"Cloneplay played at my 40th birthday party and I was blown away. It was like having Chris Martin and his group in our garden. As a Coldplay fan, I can’t recommend them enough. Everyone had an amazing night. The attention to detail was impressive and I can’t wait to see them again. Professional, extremely talented and at the same time very friendly." - Lucy

"Sounded like the real thing. Really good. Would travel to see them again" - Simone

"We saw you guys today at the legend festival!! Absolutely insane!! Amazing with the crowd and your voice was amazing!! Can’t wait to see you guys again" - Tamzin 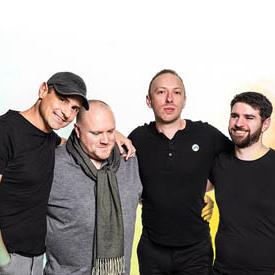 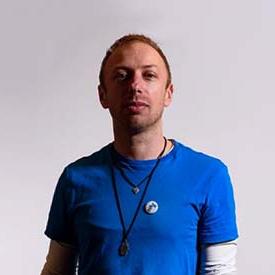 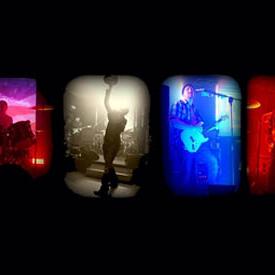 The U2 Experience Outstanding Tribute To Irish Rock Band U2